Coming off the back of his most successful F1 season yet, Max will this year help drive Aston Martin Red Bull Racing towards new territory as we enter into a new engine partnership with Honda.

Max’s third full season with the team follows a 2018 campaign in which he took two victories, scored his highest number of podium finishes in a single season (11, including five-in-a-row to close out the campaign) and posted the biggest overall points total of his young F1 career. In the end, his…

Coming off the back of his most successful F1 season yet, Max will this year help drive Aston Martin Red Bull Racing towards new territory as we enter into a new engine partnership with Honda.

Max’s third full season with the team follows a 2018 campaign in which he took two victories, scored his highest number of podium finishes in a single season (11, including five-in-a-row to close out the campaign) and posted the biggest overall points total of his young F1 career. In the end, his 249-point haul handed him a career best finish of fourth place in the Drivers’ Championship last year.

However, Max’s inspired 2018 form should come as no surprise, as the 21-year-old star has been confounding expectation and rewriting the record books since he first took the wheel.

The son of former F1 driver Jos Verstappen and Belgian kart champion Sophie Kumpen, Max was destined for a career in motorsport and turned his first laps at the wheel of a go-kart at the tender age of four-and-a-half. By his early teens Max had become a regular title winner on the international karting circuit and in 2013, he won the European KF and KZ championships. He completed his haul of major karting trophies by winning the 2013 World KZ championship, then the sport’s highest category.

Max’s transition from karts to single-seaters was just as impressive as his progress through the junior ranks. Opting to jump in at the deep end, Max signed for Van Amersfoort Racing to contest the 2014 FIA European Formula 3 Championship. Against top class and considerably more experienced opposition, he won a staggering 10 times on his way to third in the championship standings.

Having proved himself in the ultra-competitive F3 arena, Max’s next step was obvious – at least to him. Sidestepping the traditional route towards the next rung of the racing ladder, 16-year-old Max vaulted straight to the top. Joining the Red Bull family, it was announced, in August 2014, that he would race for Toro Rosso in Formula 1 in 2015.

Max’s first experience of an F1 car came just four days after his 17th birthday, at the 2014 Japanese Grand Prix. The free practice outing for Toro Rosso made the Dutchman the youngest driver ever to take part in a grand prix weekend.

Just under six months later he became F1's youngest-ever racer when he made his debut at the 2015 Australian Grand Prix, aged 17 years and 166 days. A short two weeks after that he grabbed another record, becoming F1's youngest points-scorer with seventh place at the Malaysian Grand Prix.

In his rookie season Max finished in the points on 10 occasions (including two fourth-place finishes, in Hungary and the USA) and amassed a haul of 49 championship points. He also demonstrated the thrilling aggressive but incredibly precise racing style that has since become his trademark.

A second season with Red Bull’s junior F1 squad began in style with three points finishes from his first three races, but the desire to challenge for bigger prizes, in all quarters, was clear and ahead of the Spanish Grand Prix, Max was promoted into the Red Bull Racing line-up alongside Daniel Ricciardo.

Max’s impact was nothing short of spectacular, as after qualifying third on Saturday, he drove an immaculate race on Sunday to claim his first F1 victory and become the sport’s youngest winner.

It was a major high point, but across the season’s remaining 17 races Max continued to provide electrifying racing entertainment, taking seven podium finishes in all and banking 204 points on his way to fifth place in the Drivers’ Championship standings.

With new technical regulations coming into force last year, there was plenty of hope that Max’s 2017 campaign would rise above his debut season for the team but across the first dozen races the Dutchman suffered from a spate of reliability issues.

After the summer break Max’s bad luck looked set to continue as an engine issue ruled him out of the Belgian GP after just seven laps and a start line collision ended his Singapore GP on the opening lap.

However, two weeks later in Malaysia the tables turned, and after a textbook drive Max claimed his second career victory. He almost won again a week later in Japan but was ultimately forced to settle for second place behind Lewis Hamilton.

However, perhaps his finest moment of 2017 came in Mexico. After qualifying on the front row for the third time in his career, Max muscled past pole position man Sebastian Vettel in Turn 2 to take the lead. A flawless drive thereafter earned him a third career win.

Heading into 2018, hopes were high but a tricky start to the season saw Max suffer two DNFs and two difficult runs to middle of the top 10. The Dutchman got things back on track in fine style at round five, however, and at Spain’s Circuit de Barcelona-Catalunya, a battling, brave drive under pressure from Ferrari’s Sebastian Vettel netted Max his first podium of the campaign.

The result sparked a shift in form and another third place arrived in Montreal, with Max missing out on P2 by just a tenth of a second from Mercedes’ Valtteri Bottas.

The Dutchman didn’t have to wait long to grab the second-highest step on podium, however, and at an all-new French Grand Prix, he put in a superb drive to finish just behind race-winner Lewis Hamilton of Mercedes.

Max’s momentum was now unstoppable and on the Team’s home turf, in Austria, he made the finial step, claiming an emotional victory at the Red Bull Ring with a measured, mature and masterful drive to the flag.

Despite an unreliable run of three races before the summer break, Max returned from the shutdown reinvigorated, scoring a fifth podium of the season at Spa, in front of a huge travelling Dutch fan base. The result sparked another surge of good form and over the next five races he appeared on the rostrum three times – in Singapore, Japan and in the USA.

It was in Mexico, though, that Max proved that he truly belongs at the top table of current F1 drivers. Quickest throughout practice, he was pipped for pole on Saturday by team-mate Daniel Ricciardo, but on Sunday Max made it back to back victories in Mexico.

Two further podiums, in Brazil (where he was denied an almost certain victory in a collision with a back marker) and at the season-closing in Abu Dhabi handed Max a 249-point haul for the season and fourth place in the Drivers’ Championship standings.

It’s the sort of form that points to a challenge for even more wins and bigger honours. “I’m confident that I can get good results and I’m confident we can build a great car again, and with our new partner Honda it’s definitely going to be very exciting,” he says ahead of the 2019 campaign.

Get Your Max Gear At Our Fan Shop 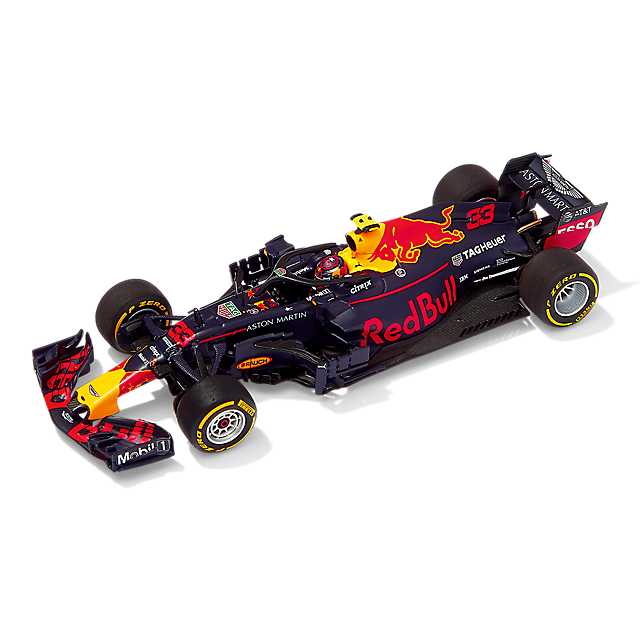 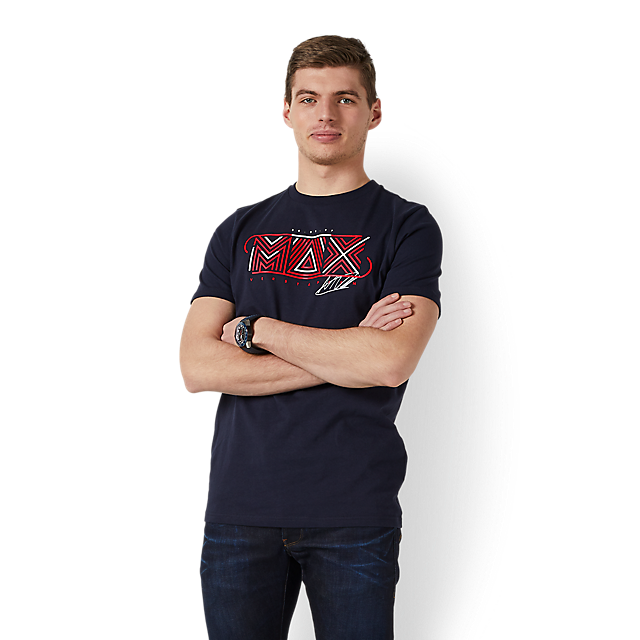 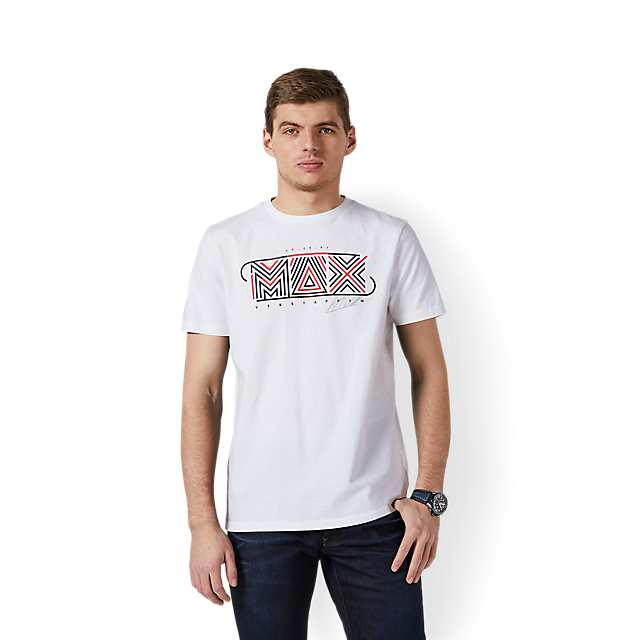 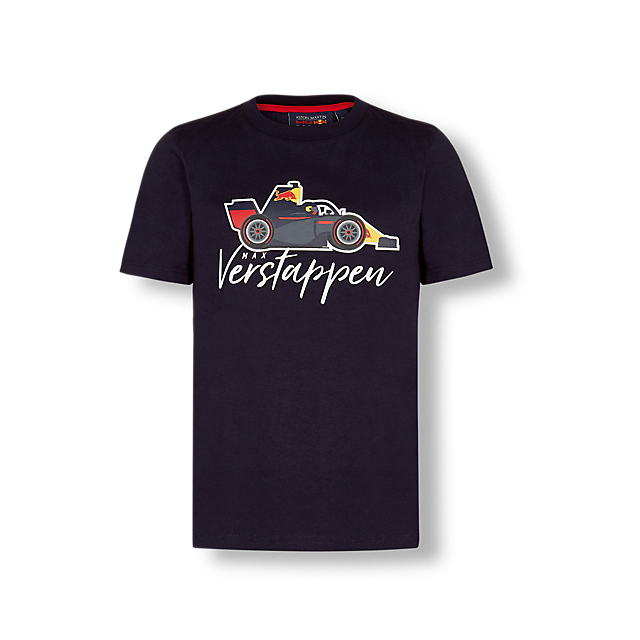 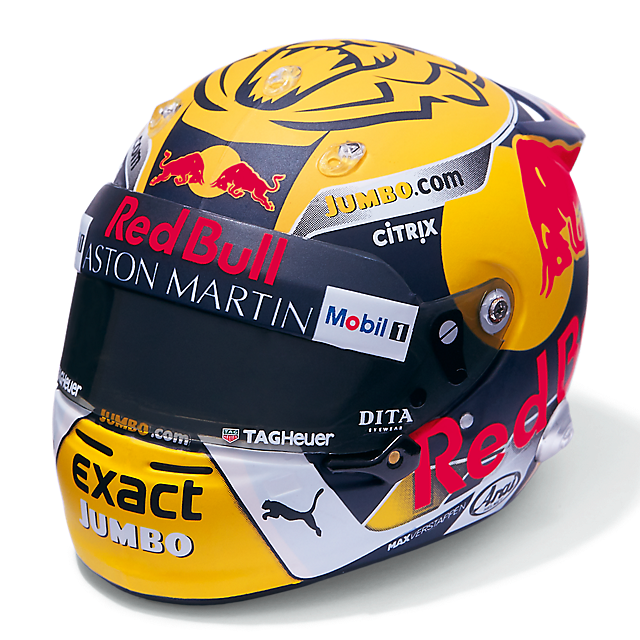 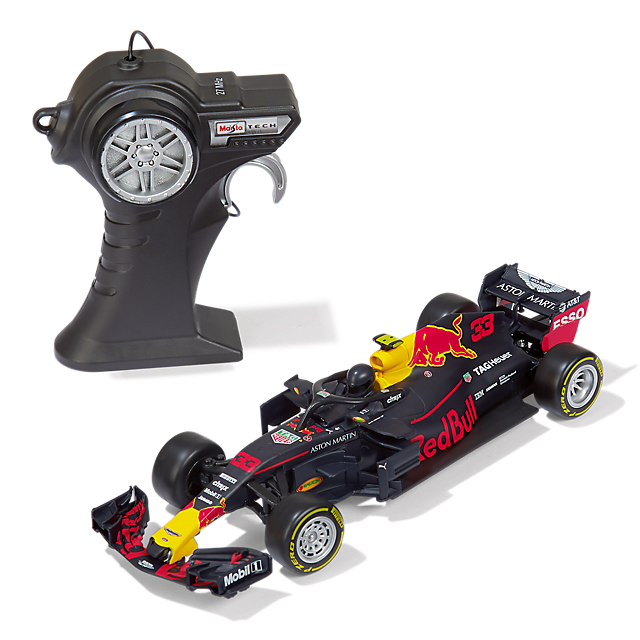 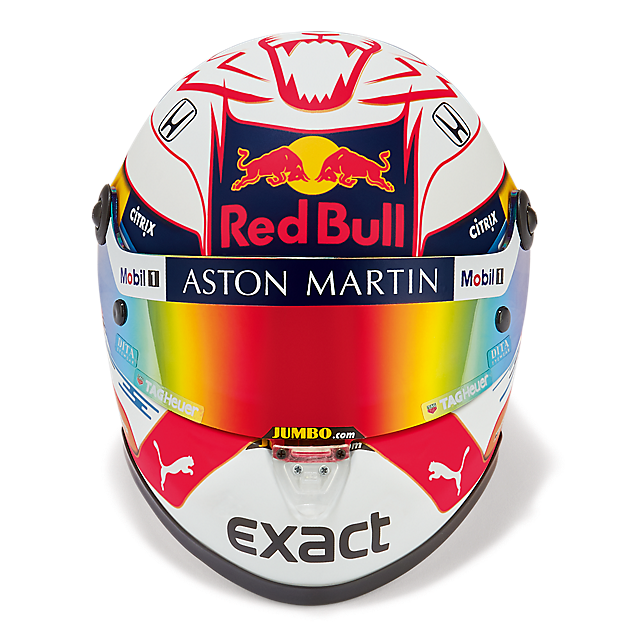 Looking back at Max's 31 podiums since joining the Team.

Happy New Year! We hope you had an absolute cracker (sorry). If, like us,...

You can tell it's the end of the season. As Max and Alex get in the festive...

Our amazing fans sent in many entries to #CaptureTheSeason and here are our...

For one last time in 2019 Max Verstappen and Alex Albon sit down in the...

Our second round of showstoppers as we capture some standout moments from 2019.

Our first pick of the best shots from the 2019 season.

We’ve already heard Max and Alex’s thoughts on the 2019 season, but now...

The Team put together a strong finish to the 2019 season.

There’s been a lot of highlights throughout the 2019 season for the Team....

One of the Team’s favourite things to do is to take the F1 experience...

It's been a season which has witnessed a lot on and off-track. So we've put...

It was a different looking team that came back after the summer break....

Ok so we love going racing, that’s no secret. But do you know what else we...